Plastic zip ties are definitely a step from period practice, but they hold fabric together tightly so well. So I got creative with my anachronism and tried them.

Striped patterns are found in period as are circular ones traditionally using beans and string (as the Laurel I previously mentioned tried and decided that rubber bands are acceptable to substitution fo string).

This was done in the Kanoko style of Shibori dyeing. Once folded in half and then in half again (quarter sized) this piece was just rolled from edge to edge. Zip ties were added in roughly 1-inch intervals and tightened. 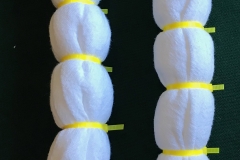 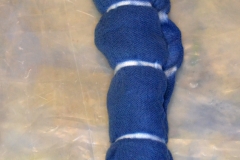 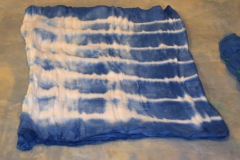 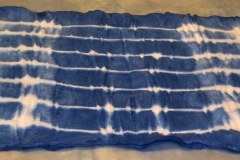 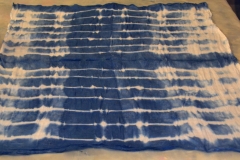 This was done in either Kanko or Muira styles of Shibori dyeing, I need to complete more research to determine how these processes would be classified.

The fabric was folded in half, then half to quarter sized.  A small plastic ball was placed in the center of the quarter the corners were pulled together keeping the ball in the middle. a zip tie was placed tightly below the ball to keep it from shifting then zip tied were added in intervals grouping the rest of the fabric together. 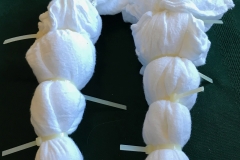 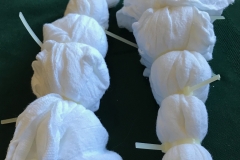 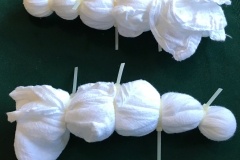 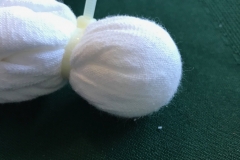 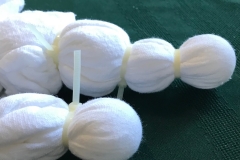 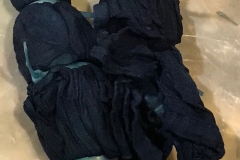 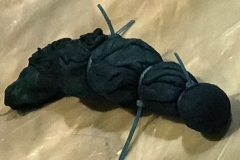 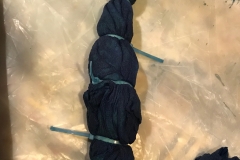 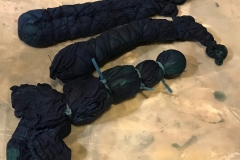 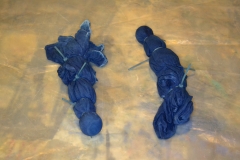 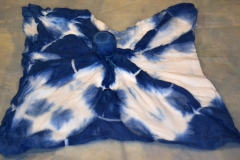 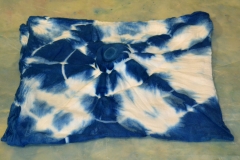 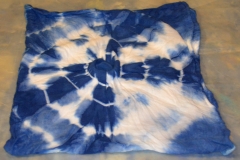 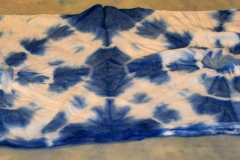 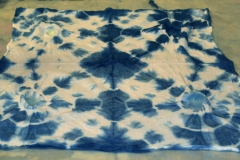 Unfolded a small half ball was put in the center of the fabric curve side down, the corners were held over the ball half and the piece was secured via zip ties. Again zip ties were placed at intervals along the comet looking object’s tail. 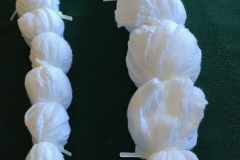 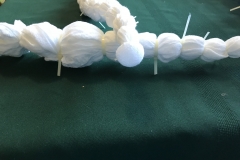 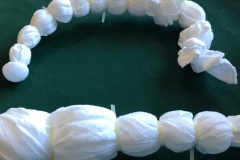 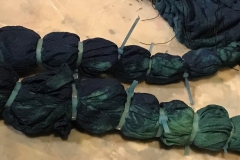 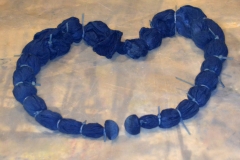 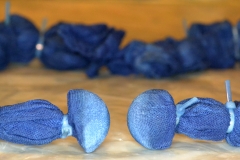 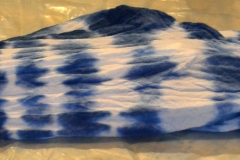 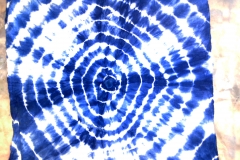 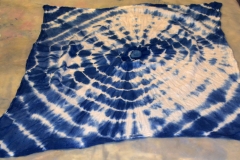